Geelong is “comeback kid” wine region in Australia. According to local belief, David Pattavel was the first Swiss settlers of Geelong to plant a vineyard in Victoria, Australia, during the year 1845. Many of the expatriates followed this countryman’s suit, and wine industry in Geelong was born. As Melbourne was drawing attention for more and more residents, Geelong became a wine-making center in Victoria. In less than twenty years, Geelong has become the premier wine-growing region. The dreams of prosperity brake down when phylloxera found its way via Geelong in 1875 when every wine was uprooted. In the 1966 the wine industry in this region was reborn again, when Nini and Daryl Sefton took their chance and started their own vineyard. After them, in Geelong came other winemakers and growers, and tradition of Geelong wines was reborn. 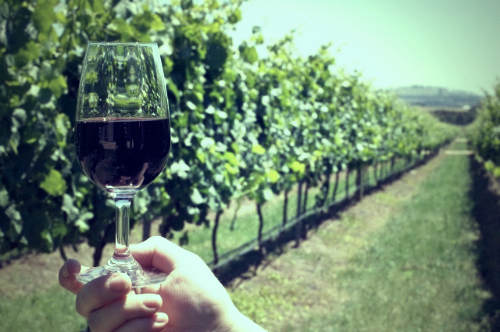 Today, Geelong region is the best known for its cool-climate Geelong wines, primarily Shiraz, Pinot Noir, Riesling, Chardonnay and Merlot. Grape growers in the region are more than willing to plant a big variety of grapes, by giving winemakers chance to make the most of sub-regional terroirs of Geelong region. In the last years winemakers began to produce fortified and sparkling Geelong wines as well as still wines.

Geelong is specifically suited to farming of cool-climate grape varieties, but that fact could not stop local grape growers from making experiments. As you can expect, Gewürtztraminer, Riesling and Chardonnay top the list of white wine grape types grown in Geelong, but you will also find Sauvignon Blanc, Viognier and Pinot Gris Gellong wine. Popular red wine grapes include traditional Australian choices like Shiraz, Merlot and Pinot Noir, but you will also find cultivation of Primitivo, Gamay, Carmemere and Lagrein. Because many of wine producers in Geelong are family-owned companies, experimentation is the order.

Geelong with over 60 wineries and 52 Cellar Doors is very welcoming wine region. There are also many wineries that offer tours usually for a fee and some of them have their own restaurants on their properties. This region is very popular destination for day trip or weekend because is close to Melbourne and because winery owners offer unique cultural and culinary opportunities.

Geelong wine region is in a great position to protect its tradition because it’s close to major city. Wine tourism can and also should become further avenue to prosperity for this region. The biggest challenges facing winemakers of Geellong wines and growers in Gellong come from nature. The vagaries of weather – bush fires, drought, frost and wind – are all present in this wine region. Irrigation can help alleviate the effects of low rainfall, but there is little each grape grower can do to prevent frost, fire or wind from the threatening harvest each year.

One thought on “The History of Geelong Wines”